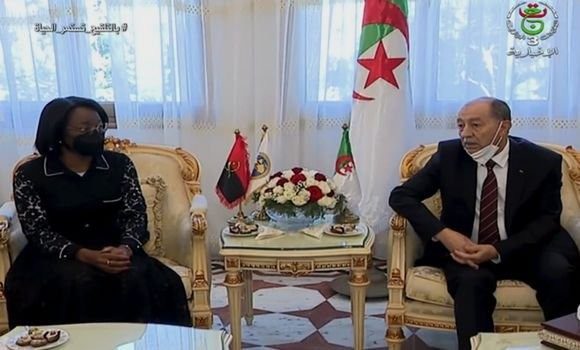 Visit of the President of the CJCA in Algiers

Mr. Belhadj who received his Angolan counterpart and President of the CJCA, Laurinda Cardoso on a working visit to Algeria, stressed the commitment of Algeria to "continue its full support" to the Conference of African Constitutional Courts (CJCA).

"Algeria will always remain faithful to its commitment to consolidate this African institution," said Belhadj, who recalled that Algeria housed the permanent headquarters of this body and was the origin of the initiative to create this building in accordance with its principle, namely to federate Africans in the best interests of our countries, highlighting "the role of these institutions in the development of the African constitutional justice system.

The meeting was attended by the member of the Court, Laila Asslaoui, the permanent SG of the CJCA, Moussa Laraba and the chief of staff of the Constitutional Court