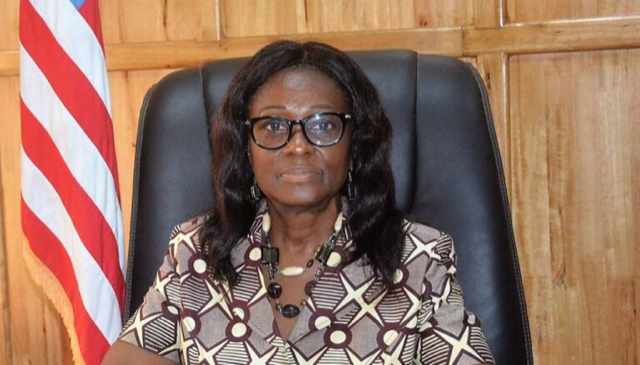 New Judge Sie-A-Nyene Gyapay Yuoh was born in Montserrado County, Republic of Liberia. She graduated from high school and graduated from St. Teresa's Convent, a Catholic high school in Monrovia in 1974, after which she enrolled at Cuttington University College (CUC), now Cuttington University (CU), in Suakoko, Bong County, in pursuit of her higher education where she graduated in 1978 with a Bachelor of Arts (BA) in Political Science.

In 1979, Justice Yuoh enrolled at the Louis Arthur Grimes Law School at the University of Liberia, where she trained as a lawyer. In 1981, she successfully completed her law studies and obtained a Bachelor of Laws (LLB) she was later admitted to the National Bar Association of Liberia as a lawyer. She was also admitted as a law clerk to the Supreme Court Bar in 1988.

Associate Justice Sie-A-Nyene Gyapay Yuoh began her professional career in the Executive Branch of the Republic of Liberia, first in the Ministry of Justice as Deputy Minister of Legal Affairs from 1983 to 1985, in the Ministry of as Coordinator of African Affairs, 1988 - 1990, Central Bank of Liberia (CBL) as Corporate Secretary/Deputy Legal Counsel/Secretary, Board of Governors of the Central Bank of Liberia (CBL) from 2000 to 2003 and and finally at the Law Reform Commission, where she served as Acting Executive Director and Commissioner from July 2011 to April 2013, respectively.

In 2013, Madam Justice Yuoh was appointed Associate Justice of the Supreme Court of Liberia.